IN THE GALLERIES: University of Maryland spotlights six former students

Something of an artistic class reunion, the University of Maryland Art Gallery’s Laid, Placed and Arranged showcases recent work by six people who studied at the school between 1990 and 2010. The work is mostly mixed media, which suits the show’s aesthetic: stark and reductive, yet abundant in its range of materials.

The only participant who is chiefly a painter is Laurel Farrin, who contributes a sort of trompe-l’oeil abstraction with lengths of black and yellow that resemble pieces of tape. Most of the others use pigment in assemblages or primarily sculptural pieces. Among these are Francie Hester’s compositions on acrylic discs and aluminum bars, soft patterns on hard surfaces, and Hiroyuki Hamada’s mysterious, coffin like forms, made of painted resin.

Ellington Robinson and Wilfredo Valladares like to play with fire. Jumbled scraps of burned paper provide the backdrop for a Robinson combine that includes several punching bags. Both of Valladares’s aggregations include carefully charred rolling pins, alongside other intentionally damaged relics of domestic tasks.

The cleanest lines are courtesy of Meg Mitchell, whose Fern Stations place small plants between sets of large wooden speakers that broadcast drones, ringing tones and birdlike tweets. The natural world might be the inspiration, but it sounds far away. That’s characteristic of these artists, whose methods usually involve not observation, but manipulation and even destruction.

There’s an intriguing echo of Wilfredo Valladares’s fire-shaped rolling pins in â€œOver, Under, Through, a BlackRock Center for the Arts show whose three artists work with everyday stuff. Suzi Fox carves the wooden handles of hammers and clasps so they resemble human fingers. The artist responds to the innate sculptural qualities of practical items, while blurring the distinction between tools and their makers.

Elisa Berry Fonseca’s materials include steel, but it’s often used to support constructions of fabric and paper. The artist’s wall pieces emphasize outlined forms, while free-standing sculptures suggest buttes and stalagmites, sometimes with mineral-like striations. What might be a sweater in another dimension here becomes a miniature landscape. That’s exemplary of all three artists, who find the distinctive in the ordinary.

In the upstairs gallery, Cedric Williams goes beyond merely documenting the ruin he finds at obsolete industrial sites. The evocative photo collages of “Dereliction” begin with images of a defunct Maryland cement factory or an abandoned North Wales quarry. They’re framed by bits of fabric and cardboard and caked-on sand and gravel symbolic and actual traces of rock and earth. The Wales-bred Marylander’s pictures are in black-and-white; the 3-D elements add just brown and rare touches of green to the gritty palette. If nature is healing these man-made wounds, the process must have barely begun. 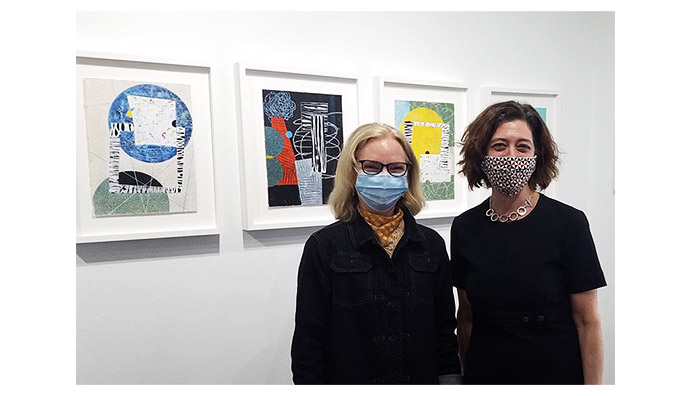 Article in Home and Design: Layer by Layer 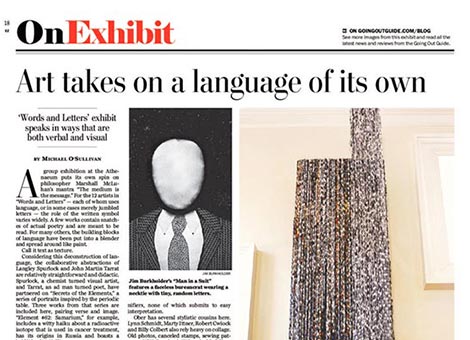 Washington Post: Art takes on a language of it own

View
Sign up to receive exhibit and gallery updates
Thank you! Your submission has been received!
Oops! Something went wrong while submitting the form.
Copyright 2020 Francie Hester. All rights reserved.
Nothing may be reproduced without permission from artist.